Statement of the EOU on the war against Ukraine

Statement of the European Ornithologists’ Union on the war against Ukraine 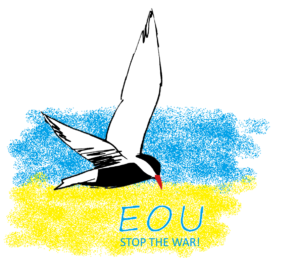 Birds connect people and landscapes across Europe and the globe. Similarly, the ornithological community in Europe and beyond is international and highly interconnected. For this reason, we are deeply concerned about the fate of all our colleagues and friends and their families who are suffering from an unjustified war.

As a scientific society, we champion the uncensored exchange of information, whether for scientific research or for other public interests. Furthermore, we appeal to the warring parties to respect the borders of the protected natural heritage sites in Ukraine, including primeval forests that have been declared as world natural heritage.